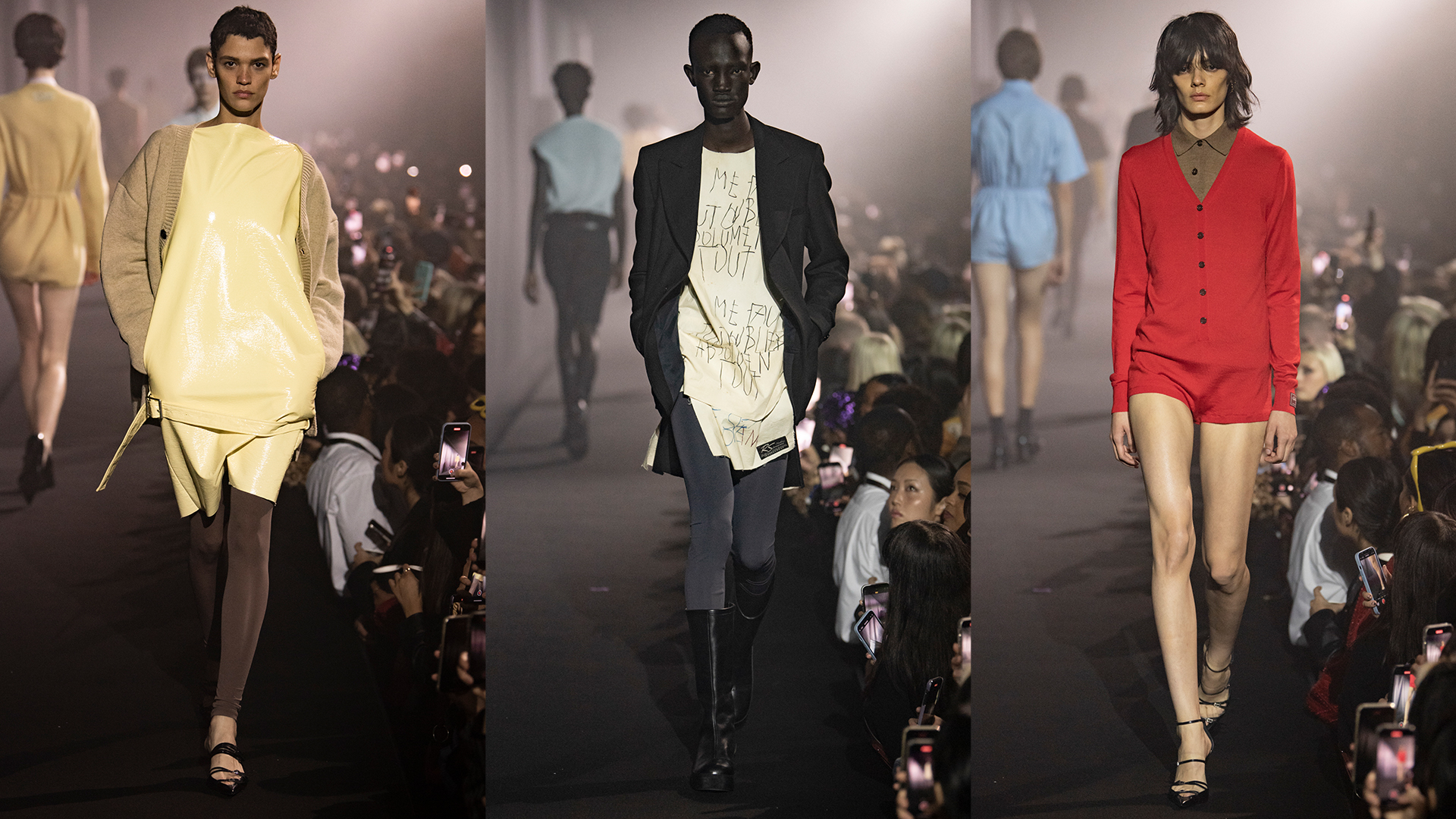 Legendary menswear designer Raf Simons chose Printworks to stage his first ever show in the UK. The presentation took aim at the hierarchies and formality of fashion week, with a boldly minimal collection that sang in the raw aesthetics of the former printing factory.

When it comes to fashion shows, location is everything. From the 1973 ‘Battle of Versailles’, which pitted American against French designers in the incomparably opulent palace, to Tom Ford’s 2020 runway on a New York City subway platform, the most iconic shows will always be associated with their architecture. It is fitting, therefore, that Raf Simons showed his Spring/Summer 2023 collection at Printworks. The space lent its raw aesthetic to the designer’s very first show in London and set the stage for a new minimalist, grown-up approach to dressing.

The presentation was originally planned for 16 September, during London Fashion Week, but the designer chose to postpone the show as a mark of respect after the death of Queen Elizabeth II. It was rescheduled for Frieze week, when the international art world descends on London for the art fair, parties, gallery openings and studio visit. It provided the perfect context for Simons’s show, which celebrated the capital’s history of avant-garde art, culture and community.


Simons chose the post-industrial venue because he wanted to capture the spirit of the city. Rather than set up as a formal catwalk, the space was dressed for a party, with no seating plan and no way of distinguishing between the guests. The capacity of Printworks meant that Simons was able to open up the show to a more diverse crowd: more than 800 guests attended, ranging from fashion industry royalty to fashion students, artists and curators and gallerists visiting for Frieze.

On the night, guests entered to a DJ set from Clara 3000 and sipped drinks from paper cups. It felt more like a Happening or performance art event than an elite fashion production, as the mood grew charged in anticipation. Without an obvious runway, when the music changed, it wasn’t immediately clear where to look. The models strutted out onto the raised bar, straight through the centre of the Press Halls. In the cavernous, steel-filled space, the makeshift runway was lit from the rafters, the beams diffused by fine dry ice.

The clothes were minimal, a new and more grown-up aesthetic for the designer. Long-sleeved underlayers in muted, pastel and primary tones were worn underneath crisp romper suits, while slim belts at the waist and soft jumper dresses betray the influence of Prada on Simons, and of understated London afternoons. A collaboration with the estate of the late Belgian artist Philippe Vandenberg resulted in hand-scribbled T-shirts with energetic sayings like ‘LET’S DRINK THE SEA AND DANCE’. In straddling that fine line between grunge and luxe, high fashion and democratic sensibilities, Simons’s SS23 collection achieved a rare balance. The architecture, flexibility and cultural history of Printworks allowed the collection to shine, not just on the runway but as a reflection of the city it calls home. 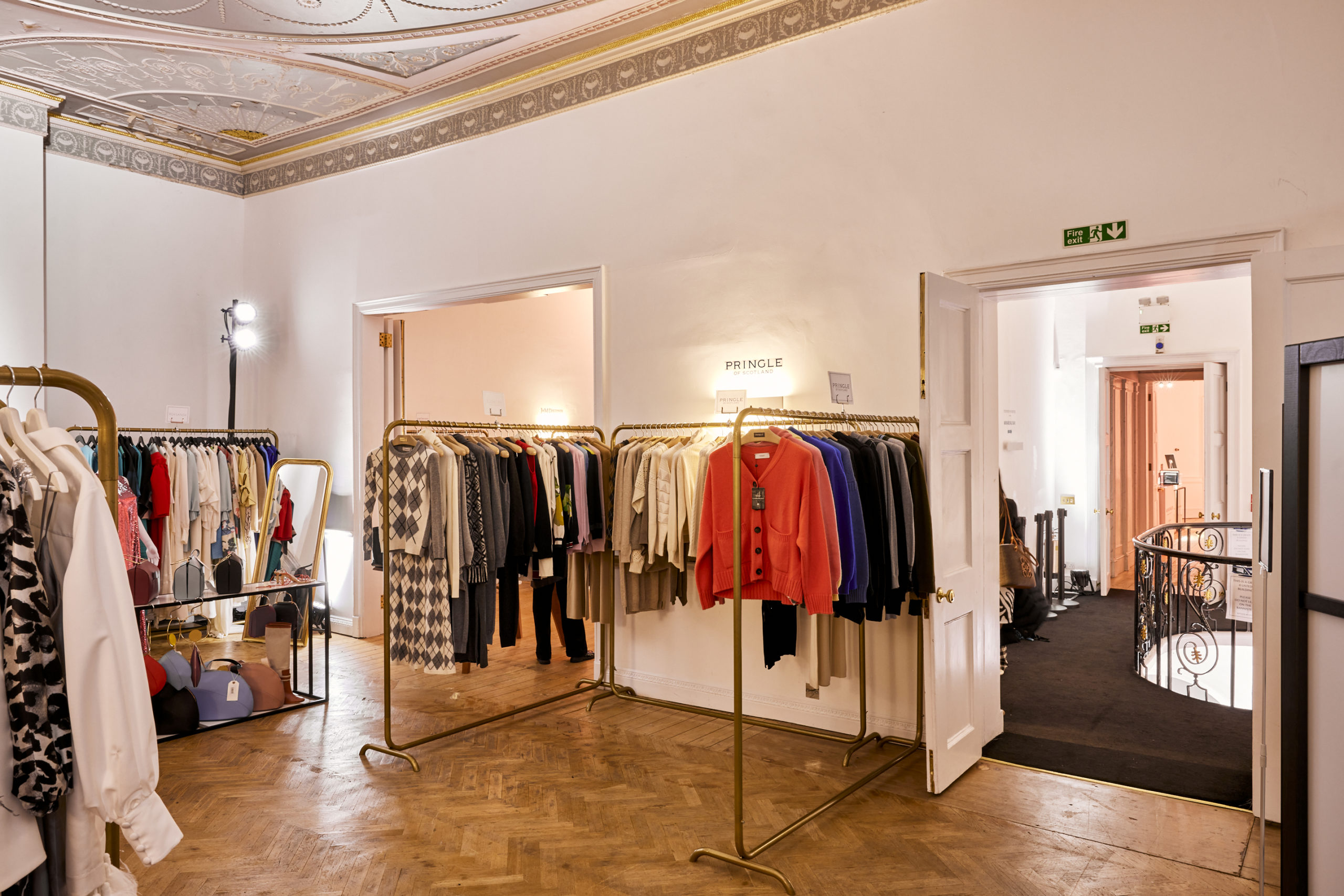 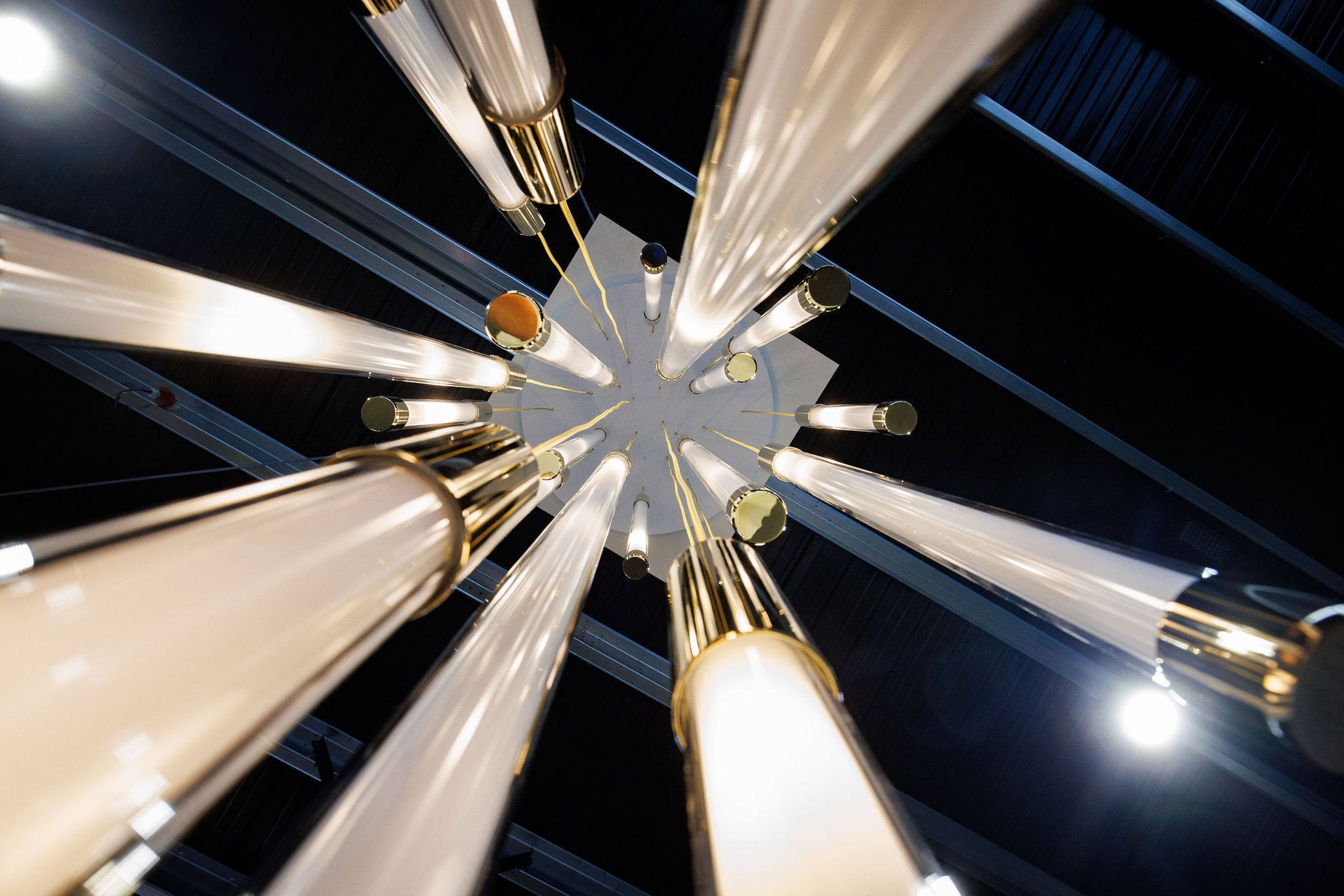 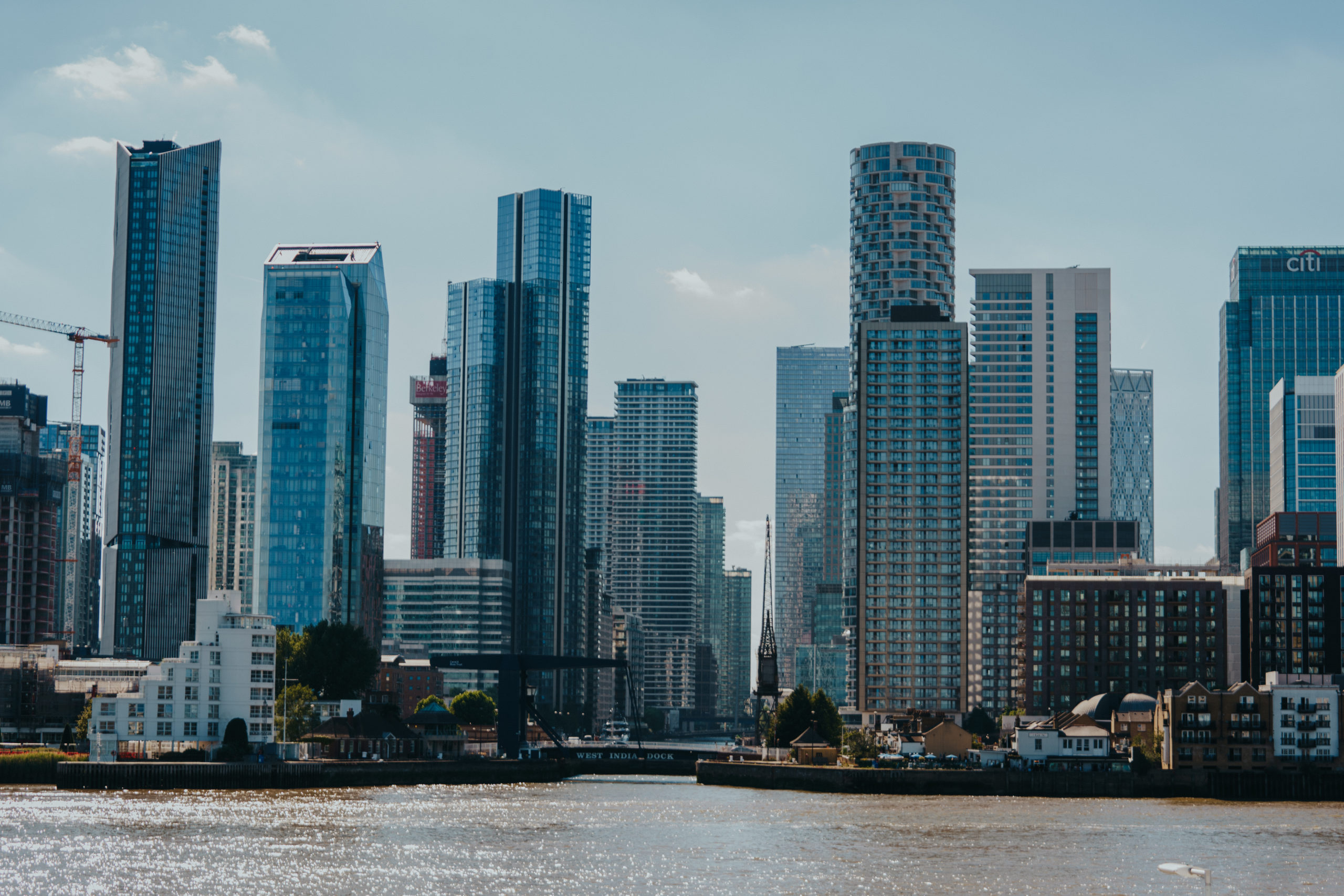 Culture
Barcode Festival and GroceryAid / The Charity Supporting the UK Grocery Industry
In July, Magazine London hosted Barcode Festival, raising more than £900,000 to support our essential workers in the grocery industry. Here, we explore the foundational work of GroceryAid, the charity behind the festival.