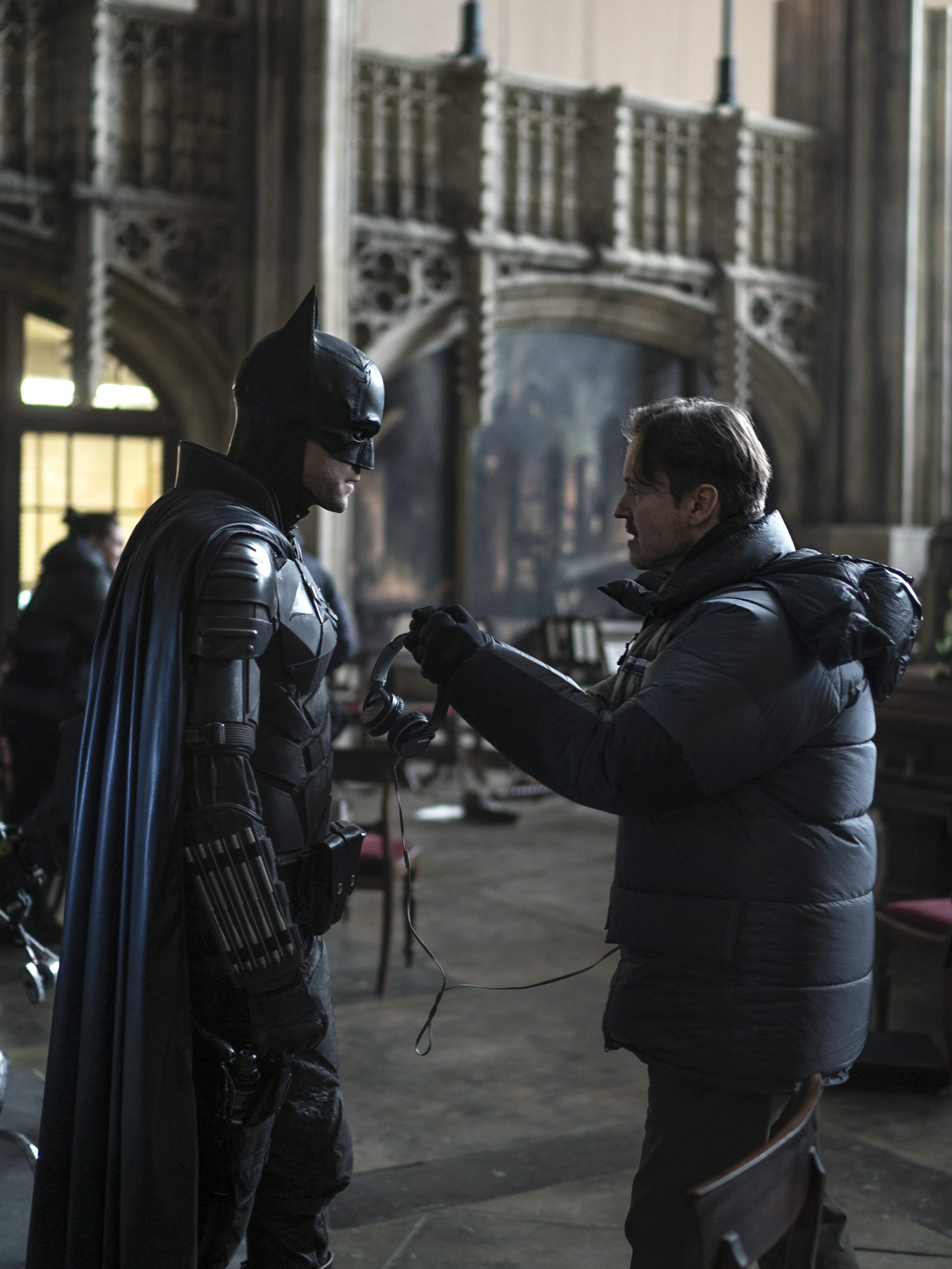 Filming The Batman at Printworks London

Spaces & Stories venue Printworks was transformed into a supervillain’s decadent nightclub for the production of The Batman. The location of the film’s most riveting action scenes, The Iceberg Lounge captures the unique atmosphere of the former printing factory in scenes featuring Robert Pattinson, Zoë Kravitz and Colin Farrell.

Known for being the moodiest of the DC heroes, Batman appears perfectly at home in the post-industrial grunge of Printworks. The London venue provided one of the major filming destinations for The Batman, the nightclub and headquarters of Penguin, one of the Dark Knight’s longest-running enemies.

Released in March 2022, The Batman takes a cool look at the Bruce Wayne saga, with Pattinson in the title role and Kravitz as a morally questionable Selina Kyle (or Catwoman). The film follows Wayne two years into his career as a one-person vigilante against the corruption of Gotham City. As he searches for The Riddler, a sadistic serial killer played by Paul Dano, Batman is pulled deeper into the murky underworld of a city filled with crooked cops and mobsters.

The film’s director, Matt Reeves, wanted to reimagine Gotham City for the new film, replacing the Hollywood gloss of Christopher Nolan’s Dark Knight Trilogy with something edgier and more grounded in reality. The urban environments of the film are eclectic, with brutalist concrete architecture rubbing shoulders with ornate gothic buildings and derelict industrial sites. While many of the previous Batman iterations have presented Gotham as a dystopian version of New York or Chicago, this world feels closer to parts of London or Berlin.

The fact that Reeves’s Gotham is universally grey and often raining probably also influenced his decision to film most of the scenes in the UK. Recognisable locations include the Royal Liver Building’s Gothic Revival clock tower in Liverpool – home to the bat signal – and the Glasgow Necropolis, the site of an emotional final scene between Batman and Kyle.

Printworks is transformed into the Iceberg Lounge, a nightclub owned by Oswald Copplepot (aka the Penguin), played by an almost unrecognisable Colin Farrell. The club – a dingy, unfiltered warehouse rave on the lower level overlooked by a slick gentleman’s club on the upper levels – is at the heart of the Gotham underworld, and hosts one of the film’s principal action scenes.


The site’s vast main space, the Press Halls, can be recognised in the film’s trailer, in which Batman has a gruelling fistfight on the metal balconies. Reeves takes full advantage of the venue’s multiple levels to film and stage the action, as the superhero climbs the mezzanines and throws multiple security guards over the gangways to reach Penguin.

Speaking to IBC earlier this year, the film’s Director of Photography, Greig Fraser, described creating the pitch-dark environments of Gotham as ‘the biggest lighting challenge of my career’. Batman is famous for his silhouette, often visible only as a dark shape on the horizon, backlit and menacing. Fraser wanted to produce something less theatrical, and that meant using lighting that was integral, or appeared natural, to the environment. This is where Printworks came into its own.

The nightclub scene is one of the most masterly examples of Fraser’s lighting and framing. The dark, cavernous spaces of the halls are shot through with pulsing lights, momentarily illuminating faces and constantly shifting angles. Dancers appear in silhouette in one moment, and a face full of flash in the next, recalling the famous light shows that illuminate the Press Halls during performances at Printworks.

It seems fitting that The Batman chose to film at a London venue known for its pioneering electronic music. Club culture infuses the soundtrack, which features techno by Peggy Gou, Patrick Topping and Kevin Saunderson alongside Nirvana. For Reeves, Kurt Cobain seemed an obvious archetype for Pattinson’s Batman. ‘He looks like a rock star’, he told Empire, ‘but you also feel like he could be a recluse’.